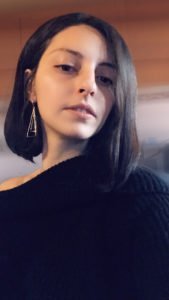 I always had a profound interest in all forms of architecture, art and design; Whilesed in Architecture school, I was involved in the planning and execution of the Ion Mincu University’s museum as well as creating and implementing the permanent exhibition “Arhitecți Creatori de Patrimoniu” at U.A.U.I.M. as well as the temporary exhibition o art The Romanian Cultural Institute under the tutelage of Prof. Dr. Arch. Cristina Olga Gociman. In my fourth year at U.A.U.I.M. I participated and reached to be in the finalist selection for the extension of the Academy of Economic Studies in Bucharest by using the concept of origami architecture. Whilst still in Architecture school I manifested my artistic and graphic capabilities by participating and winning first place at the first Illustration Competition of The East European Comic Con in 2013 and being Published, for winning second place in the “ Mute Comic” in the Manga Zen Almanach” vol. 5 that same year. My interest in creating unique solutions for peculiar functions was evident by reaching to be a finalist in the Justice Block Competition and having my project named “ The Justice Cube” being exhibited at the Romanian Ministry of Justice in the summer of 2014. After graduating, I started work in the field of architecture but I never discarded my interest in interior design, I worked on projects from apartments and houses to different functions such as: Creating and designing a penthouse in 2016, designing a wedding saloon in 2017 and most recently a Cildrens Creative Center called “jou jou” in Ploiesti this year. Whilst working on a number of different projects I participated in the Tiny House international architecture competition in the summer of 2017 alongside M. Arch. Victor Felix Mocanu where we created a unique trailer sized house that had an impressive form. In the fall of 2017, I made a good team with Victor Felix Mocanu and we won second place at the City Business Centre Timisoara competition to redesign their two office building lobbies where we generated an innovative sitting area that can be used with minimum effort and creates a chance to take a minute and relax in a place that is in constant movement. In the past two years I didn’t ignored my passion for art and my graphic art was published in the Poetry Volumes: “Poeme Belagine” in 2016, “Mithologie Pelasga” in 2017 and “ Miracolul Reintregirii” this spring and I am currently preparing to hold my own exhibition of graphic art.

During the isolation period caused by the global pandemic, I used my graphic skills to provide children with free line-art for colouring in weekly episodes of “ Mythical animals school” as well as a special Easter chapter with the Easter bunny and his family.

We use cookies to ensure that we give you the best experience on our website. If you continue to use this site we will assume that you are happy with it.I agreePrivacy policy